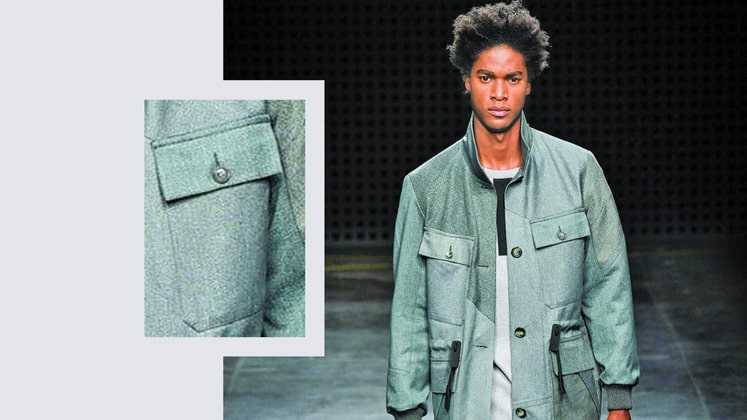 A utilitarian pocket on military and safari collections is not new, but it becomes a fixation when they were being added as a detail to a majority of the casual wear lines. Belstaff used multiple pockets on the top and bottom of his sleeveless jackets, fullsleeved ones and cargo pants. The most intriguing piece was a 5-pocket one and they were present on gilets, as well as, on a tracksuit that had eight button-closure pockets. At Hardy Amies, layering was used with a bomber jacket that possessed a shoulder pocket over a blazer, or sized pockets over a double-breasted, windowpane check suit. KTZ offered a four-pocket raincoat which was colour blocked, several used pockets on the outside of coats and jackets and Christopher Raeburn chose to attach his on a laid-back grey sweatshirt.

Fruit of the Loom announces closure...